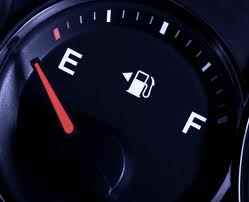 This article concentrates on fuel-saving methods that work. It is based on a combination of common sense, significant testing, and experience. If you haven’t already done so, we recommend you read our earlier blog entry, Fuel Economy Part 1 – What Doesn’t Work, Our View by clicking HERE.

If you’re completely disillusioned with magic fuel pills, magnets, and other fuel-saving devices that didn’t work (as expected) or the miles per gallon (MPG) on your vehicle has dramatically reduced, don’t lose hope. Vehicle maintenance plays a crucial role in fuel economy. This is basic but valuable information.

Firstly, check your tire pressure. They should be at the correct pressure for your vehicle, assuming you are using the recommended size wheels and tyres.

If you are serious about saving every ounce of fuel you can, consider changing the tire brand to a good-quality, low-resistance tyre. The lower the resistance, the less the engine has to work. As a result, less fuel is consumed.

Ensure your vehicle is regularly serviced. You would be surprised by the difference a clean air filter and quality oil will make. It also is possible to change the oil for a lower viscosity, which helps reduce “drag” on the moving components, but this should not be done to the detriment of engine protection, which is the primary function of the oil.

Remarkably, most vehicle owners wait until they encounter running problems or very poor MPG before investing in fuel cleaners or conditioners. We have seen significant MPG increases from simply cleaning the fuel injectors and removing carbon build-up.

Although we consider this a bit of a minefield, we would be remiss if we didn’t inform you that we have discovered that there are small but tangible gains to be had from oil additives.  Gains are not just from reducing friction but also from restoring engine compression by removing deposits from piston rings, cylinder bores, etc.

These are safe gains, we might add, but please tread with caution as it is true that there is a lot of rubbish on the market. Do your research, but in the meantime, if you require a recommendation for a particular vehicle/application, then please don’t hesitate to contact us.

The fourth way of improving MPG is by remapping or chipping your vehicle. This is achieved by altering the fuel and/or ignition timing and other parameters within the engine control unit (ECU) or using a piggyback tuning module.

Although results can vary widely, this can be a very effective and safe way of improving MPG if you know where to go and who to trust. Depending on the vehicle and the mapping quality, improvements of up to five percent can be achieved.

For our tips on how your driving style can improve fuel economy click HERE.

This article is Part 1 of a two-part series. Here, we will cover supposed fuel-saving products that, in practice, fail to deliver on their promises. We recommend you read this before reading Part 2, which focuses on fuel-saving ideas that work.

Oh no, yet another report on fuel economy. We understand how you might feel like you’ve heard it all before. But hold on, we promise you something a little different – views and experience from industry professionals and, perhaps more important, some common sense! Fuel economy, fuel savings, improved miles per gallon (MPG), and the use of fuel savers and similar devices is a subject we are regularly asked for advice on, hence the need for us to provide an overview of our experience on what we have tried and tested.

The results are interesting but not all that surprising. So we’ll give you the facts concerning fuel additives and fuel-saving devices and how they relate to MPG improvements.

Firstly, we will concentrate on fuel-saving products that have failed to increase MPG. We have either tried them ourselves or had access to independent test results.

Although it can be argued that the most accurate tests are performed in laboratory-controlled conditions, they are not always an accurate representation of actual life results, and most of our readers are not scientists. Instead, we prefer to test the various products using real-life driving and not dynameters or similar measuring devices. Besides, an attempt to prove a product works on paper as tested by an “independent” lab means nothing if the results cannot be replicated on the road, as this is where it matters. We use regular commuting routes to provide an honest assessment when comparing MPG figures.

The Mystic World of Fuel Pills

A company called Fuel Freedom International flooded the Internet with a “magical” gas pill promising ultra-high fuel economy. We tested this pill on our Audi A6 and Toyota for a total of five full fuel tanks on consistent, regular commutes. It resulted in a random fuel deviation of approximately +/- 1.5 mpg over the original MPG (A6 – 38 MPG and MR2 – 27 MPG), which is consistent with what we would typically expect, hence no gain.

The claims were further tested but positive results were not forthcoming. “The pill will kick in after burning several tanks of fuel” was the explanation of the company. But how many? Nobody had an answer. We considered five tanks over a period of two months more than sufficient for our testing.

Another Texas company launched a hyper campaign promoting a fuel pill that could bring about almost 20 percent fuel savings and reduce emissions significantly when added to a tank of fuel. We tried this too and it didn’t work. Researchers also tested the product at the University of Texas at Austin and at a Florida university. I know I said earlier we weren’t going to concentrate on lab tests but it is merely to make the point that the results were negative in both types of tests. Unfortunately, this pill turned out to be nothing more than a chemical equivalent of naphthalene. It had nothing to do with improving MPG; rather, it hurt engine performance. As a result, the company later had its assets frozen in a lawsuit.

We have refrained from providing detailed results on all the pills we have tried or providing details on journeys, times, MPG, etc. This is simply because there is nothing to report other than there was no discernible difference on our diesel or petrol test vehicles or from tests conducted by other independent bodies. We have not yet seen any scientific or empirical data that proves any of them work, although we wish we had because it would be much more interesting to write about!

Unlike fuel pills, fuel magnets have been around for years. Manufacturers claim a “change to the molecular structure of gasoline by aligning the hydrocarbons” that in turn improves fuel efficiency.

Again we will not delve into too much detail, but needless to say, we tried and tested a variety of fuel magnets on both diesel and petrol test vehicles.

We can’t help but agree that the negatively surrounding these types of devices is founded. For example, a particular fuel magnet hit the headlines in 2005, claiming to improve mileage by 27 percent when added to the fuel line. This multimillion-dollar affair was investigated and discovered to be bogus. Later, the Federal Trade Commission (FTC) sued the company, which then agreed to pull its ads.

The Environmental Protection Agency (EPA) evaluated these products and rubbished their claims. Vested interests aside, if it had been possible to lower fuel consumption by placing a magnet in the fuel line, then everybody in this cunningly competitive world would have done so, whether subjected to vested interests or not.

Other explanations of how magnets work in fuel lines are many. The “alignment” theory does have merit, but, executing the process to “refine” the fuel is easier said than done.

The Problem of False Claims

Companies making claims about their fuel-saving pills and magnets is a global phenomenon.

An Australian company marketed a pill that promised to slash fuel costs by up to 42 percent. The company was successfully prosecuted by the Consumer Protection Department for false advertising.

For their part, the FTC endorses neither fuel pills nor fuel magnets. The blatant dismissal of all these fuel-efficiency claims is simply due to one fact – none of the claims are verified by unbiased research and/or controlled testing! All are based on individual testimonials, many being nothing more than words written by the suppliers.

But what about the many legitimate testimonials from customers? I have what we believe to be a reasonable explanation of this and one I have experienced firsthand. The most common explanation and one that is completely valid is that driving style, climate conditions, fuel quality variations, and other factors contribute to inconsistent MPG and fuel emissions.

Although these are vital factors, we believe there is a more significant underlying reason. Let us explain. One of the first tests I did many years ago with a fuel magnet netted an increase in fuel efficiency of nine percent on a weekly, 600-mile round trip commute for the first tank. The second tank earned approximately five percent, and the third about two percent. Why?

After racking my brains, I finally figured out what had occurred, and it was a vital lesson. When you spend your hard-earned money on a product of this nature, you REALLY want it to work. This is a standard and perfectly normal psychological phenomenon. Furthermore, it is human nature that people do not want to be wrong or proven wrong. Again, this is a psychological defense mechanism.

What had occurred is that for the first tank, I was unwittingly trying to obtain the best MPG improvement possible and, as a result, ended up driving much smoother than I would normally. I would seldom reach excessive speed and would brake much smoother. The MPG obviously improved as a result. I know this appears obvious, if not simple, but you would be surprised how many people do this without fully realizing it.

As I gradually returned to regular driving routines, the MPG gain deteriorated. I guess this does, after all, support a need for lab-based testing. But since that original test we carefully ensured that we maintained our regular driving style during any future testing. Blind tests are golden!

It is unfortunate, but it is the way of the world that “miracle” fuel savers are out to lure you with unbelievable claims. We strongly advise that you be realistic. We certainly are not so naive to think there isn’t a great deal of vested interest in this market because there is. However, we are similarly not gullible enough to believe that fuel magnets, fuel pills, copper tubing devices, air intake enturbulation gadgets, and other wacky gimmicks deliver as promised. If they did, our test vehicles would be giant magnets on wheels.

So with all this negativity, what, if anything, does improve MPG?

Click HERE to read “Fuel Economy Part 2 – What Does Work, Our View,” to find out.