1. Don’t drive too fast or accelerate too hard. Wind resistance increases drastically with increasing speed. Studies show that every time you increase your speed by 10 miles per hour, you lose as much as 15 percent in fuel economy. So slow down and be a fuel-efficient, safe, and relaxed driver.

2. Try moving into high gears and slow speed as much as possible. When the engine turns slowly, there are fewer explosions in the cylinder that use fuel. This means more economy for you.

3. Try not to accelerate when moving up a slope, such as a hill. If you increase your speed when going up a hill, the MPG will decrease dramatically.  It’s best to either maintain the same speed or allow the engine to slow naturally.

4. Anticipate stops and brake less. Every time you brake, you waste the car’s energy by cutting down the forward moving force and transforming it into force acting through the brake pads. Accelerate slowly and stop naturally at the anticipated points by taking advantage engine braking. Avoid braking at the last moment, which may then force you to accelerate unnecessarily.

5. Don’t waste fuel by keeping your vehicle idling for long. Cars seldom require prolonged warming – in fact it can do more harm than good. Prolonged warming can prevent a natural acid build-up from dispersing from the piston rings, resulting in increased engine wear. Driving gently is the best warm up there is. When it’s 25°C degrees out, warming up for 30 seconds is fine. If it’s 10°C degrees out, a minute warm-up is OK.

7. Don’t misuse or overuse the A/C. When it’s pleasant outside, feel the nature instead of shutting yourself in and burning extra fuel by keeping the air-conditioning equipment on.  If A/C is necessary then ensure the recycle air button is on so that the A/C is not overworked by having to cool incoming warm air.

While some of these might seem like simple solutions, they are too often forgotten as we rush through life. By following these tips, you can save money and make fewer stops at the fuel pump. 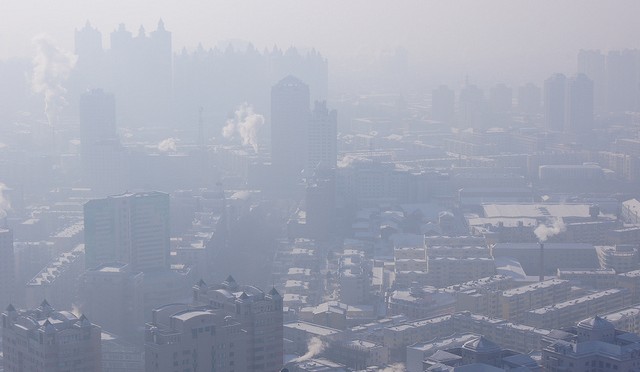 All vehicles produce emissions as fossil fuel is burned and converted into energy. Unfortunately, like most other emissions, these usually end up in the atmosphere.

The damage to the environment and the planet’s populations is evident. Emissions are mainly composed of carbon monoxide, nitrogen oxides and hydrocarbons, which create numerous problems. They cause smog, acid rain, and health problems and allegedly deplete the layer in the atmosphere that protects us from the sun’s direct rays. Personally, having researched both sides of the argument, I am not entirely sold on the arguments for global warming. But the damage to people’s health is genuine and does concern me.

Trace elements in fossil fuels have harmful effects too. Sulphur and heavy metals cannot be eliminated entirely during refining. And when fuel is not fully combusted, these emissions become a danger to your health.

You can take steps as an individual to ensure that your contribution to these emissions is minimized. Poor maintenance and a fuel system and engine made inefficient due to deposit build-up are significant contributors to excess emissions. Using higher quality fuels and/or regular fuel treatments/conditioners can help ensure these areas – as well as the components designed to neutralize or capture emissions – are clean and function efficiently. This includes the catalytic converter and diesel particulate filters for most diesel vehicles that now have them. By tending to these areas, we can help keep harmful engine emissions to a minimum.

There are cars available in the market today that are designed to be more environmentally friendly, such as hybrids. If you are serious about reducing car emissions, these cannot be ignored. However, the actual benefits of electric or partly-electric vehicles are widely debated. Some argue that the harmful emissions that are prevented are negated by the cost of manufacturing and later decommissioning the battery cells for these vehicles.

In addition to better maintenance and vehicle alternatives, behavioral changes also can reduce emissions. It’s a tough bullet to chew, but have you ever considered driving less? Why should you drive everywhere if you can walk or cycle there? It’s a serious point that we all should consider. Even carpooling or using public transportation can help cut emissions by simply having fewer vehicles on the road.

What do you do when you are caught in traffic? Most people will just let their engines idle and continue using fuel to create emissions. The best thing to do is switch it off altogether. Car emissions peak at rush hour, so if more people turned off their engines, there would be considerably less pollution. BMW officials, for their part, are addressing this issue with their Auto Start Stop function, which automatically turns off a vehicle when it comes to a complete halt and then restarts it automatically when it is time to move. In time the problem caused by idling will likely become moot as most other manufacturers incorporate similar features.

While buying a new vehicle or walking to work might not be an option for you, there are steps you can take to reduce the emissions you create. And it can be as simple as keeping your engine clean.

As mentioned earlier, fuel system and engine deposits considerably increase car emissions. As the flow pattern deteriorates on fuel injectors, the engine’s efficiency is reduced. More hydrocarbons are produced as a result, depositing carbon in the combustion and post-combustion areas such as the exhaust gas recirculation (EGR) system. This reduces efficiency further and results in even more car emissions. It’s a dwindling spiral and ‘before and after’ emissions tests demonstrate the improvements made by cleaning the fuel system.

While some fuels are marketed as having cleaning properties, the fact is they aren’t using fuel catalyst chemistry to prevent deposit build-up from occurring, even with the latest fuel-efficient engines. The answer is to use professional treatments regularly to keep the fuel system and engine free of deposits.

For more information on treatments to keep your fuel system and engine clean, please don’t hesitate to contact us.