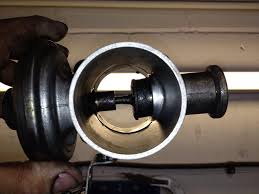 The subject of EGR (Exhaust Gas Recirculation) systems comes up often, so I thought it was about time we explained further how a dirty EGR could affect performance, MPG, and exhaust emissions.
With our professional range of cleaners, we are confident that we can resolve a large percentage of the minor poor running issues (hesitation, poor idle, reduced performance, MPG, increased exhaust smoke, etc.) that our customers encounter. So where does that leave the other percentage? From our experience, faulty EGRs (due to deposit accumulation) and faulty sensors (the Mass Airflow being the most common) contribute to many running issues that professional fuel injector cleaners won’t resolve.

What is an EGR valve?

An EGR valve, or exhaust gas recirculation system, is a primary component of an engine’s emissions system on petrol and diesel-powered vehicles. Its purpose is to reduce NOx emissions by recycling a proportion of the combustion gases that normally exit through the exhaust. Recirculating some of the spent exhaust gases back into the engine is one way to reduce these harmful emissions, and this is done by using an Exhaust Recirculation System (EGR). The main component of this system is a valve that returns a proportion of the exhaust gases back into the engine to be mixed with clean air and fuel and then re-combusted.

The recirculated gases can be passed through air or water-type EGR Cooler. This, in turn, reduces the temperature of the gas, which reduces the charge temperature, that leads to an improved quality of combustion and engine power. In the case of a diesel engine, the recirculated proportion of gases can sometimes be as high as 50% under certain operating conditions.

Over time the EGR valve and associated pipework accumulate carbon deposits. These inhibit bypassed exhaust gasses back into the intake and play havoc with the fuelling. Thus we end up with hesitation, reduced MPG, and ironically, excessive emissions, particularly when the EGR is transitioning from open to close and vice versa. Unfortunately, modern electronics do not always recognize a faulty EGR except when the flow is entirely impeded, or there is an electronic fault with the control solenoid/actuator. What happens is that carbon builds up on the EGR valve itself, creating a resistance to the opening and closing of the valve. This vacuum-operated valve sticks and the solenoid that operates the vacuum has to work overtime to produce a sufficient vacuum to open the valve. An excess draw of current then trips the ECU warning light.

Carbon build-up cannot be avoided entirely as there is a natural and strong affinity between hydrocarbons and metal surfaces. The key is maintaining a manageable level of carbon build-up within the system and in quantities, the engine can naturally consume.

It is important to understand why carbon builds up in the first place and where it comes from. Contrary to popular belief, carbon build-up comes not just from fuel but also from engine oil. Oil can bypass engine rings, inlet valves and crankcase breather systems and then polymerise on intake and emission control system components as it recirculates. This creates a porous surface from which other oil vapor and excess hydrocarbons produced from the combustion process can then adhere and create further build-up.

Numerous solutions are now available ranging from aerosol sprays with accompanying fuel cleaner to pressurized detergents that are atomized into the intake and EGR system. The most effective way is a manual clean of the EGR valve and periphery pipework, but this is not always possible without significant labor time. It is also important to note that it is not always the valve that blocks up but the pipe leading from the EGR back into the intake. The hole(s) that leads into the intake are typically tiny and can block up easily. This then backs up to the valve.

Why do fuel cleaners struggle with EGR cleaning?

Fuel cleaning technology has come a long way, and carbon can be removed from most areas of an engine and emissions control system through fuel system cleaners. However, EGRs are notoriously difficult with this method. Here’s why:

There are four types of fuel-based EGR cleaners (1st three are added to the fuel).

1. Low-cost solvent-based cleaners that do very little other than clean the fuel injectors as the chemistry is destroyed during the combustion process.

2. Higher quality fuel system cleaners that use chemistries such as polyether amines to help remove combustion and post-combustion deposits, although most of it Is destroyed during the combustion process.

3. Patented molecules that are activated during the combustion process (rather than destroyed) are then carried in the recirculating gases. These molecules bond with the carbon, acting as a catalyst for its removal.

4. Solvent cleaners that are sprayed into the air intake and circulate through the intake system, EGR, combustion area, and out into the post-combustion areas, including the turbo and EGR again.

Product type 1 is useless. Product type 2 may have some effect if the carbons are mainly fuel related, but this process relies on heat. What happens is that such products improve the quality of the combustion to the degree that the cleaner exhaust gases will naturally scavenge and remove carbon from post-combustion areas. This is more workable in areas such as the turbo, DPF, CAT, etc., as heat is maintained. This cleaning mechanism is effective with HOT clean exhaust gases, but an EGR system is designed to cool the gases, reducing efficacy considerably. Furthermore, there has to be sufficient flow through the EGR system for this process to work. If it is blocked completely, then natural scavenging will not work.

On a side note, fuel additive manufacturers have been careful not to reveal the fact that combustion modification and improvement and the resulting cleaner exhaust gases can naturally remove carbon deposits! I remember one of our long-term test vehicles (Audi S8 4.2 TDI) having exhaust tips cleaner on the inside than on the outside, and I’m not kidding.

Product type 3 is similar to 2 and slightly more effective.  Specific molecules in the fuel additive are dormant and become active during the combustion process. Carried through the recirculating exhaust gases, they bond to carbonaceous deposits. This acts as a catalyst to dissolve/remove the deposits to the combustion area, where they are then burned. However, like with product type 2, this method requires sufficient heat and airflow through the EGR system.

Product type 4 is the most effective as the solvents do not require heat to work and hit the target areas more easily.  Again, if there is substantial oil build-up, then it is much more difficult to remove.

For information on products to clean the EGR system and keep it clean, read our article HERE.