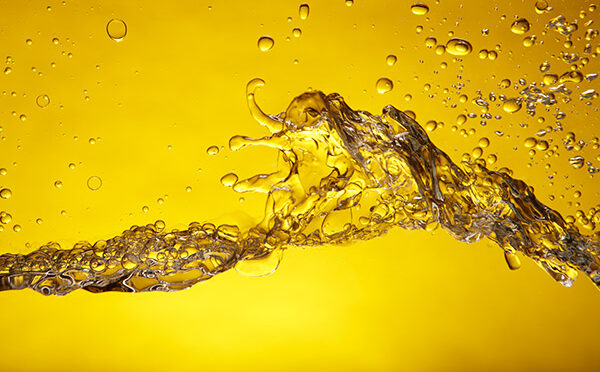 It’s a common misconception that race fuel is an otherworldly, specially formulated concoction. Some think it is a unique blend of chemicals that a regular road-going car cannot handle. However, the reality is quite different.

We will try to separate the truth from the lies and unravel the secrets behind race fuel, its composition, and its effects on an engine.

For the sake of this argument, we will choose Formula 1 as our case study, since it is, after all, the pinnacle of motorsports. No other racing series comes even close to the level of innovation and engineering promoted by Formula 1. Therefore, it is only fitting that the series be chosen as an example.

What is Race Fuel?

In simple terms, race fuel is a highly specialized variant of regular fuel used in motorsport competitions across the globe. However, its composition and nature vary from one racing series to another.

Usually, race fuel has a high octane rating and it consists of additives that support performance. But various motorsport series regulate their race fuel and Formula 1 is no different.

So, what is unique about race fuel? Let’s look at its composition from the F1 perspective.

The race fuel must have the following composition to be declared legal.

Such detailed guidelines show the precise measurements of the compounds involved in creating race fuel. But one thing is missing from the table, which has only recently been added to Formula 1.

We are talking about ethanol and F1’s push towards a sustainable future. The racing series has declared that from 2022 onwards, race fuel must have 10% ethanol in the mixture. In other words, F1 cars must run on E10 fuel and cut down on their dependence on pure gasoline. The percentage of ethanol or bio-fuels will increase even further from 2025 till the entire composition of race fuel consists of sustainable compounds.

But why take such radical steps?

Well, Formula 1 is trying to save the environment by shifting their cars to sustainable fuels. They also know that their technology transfers quite quickly to road cars. Therefore, if they make the change now, future cars would become more environmentally friendly. The fuel they use will be ‘greener’ and the earth as we know it, might be spared from adopting EV technology and its side effects.

Bio-fuel Ethanol and its source 100

The interesting thing about ethanol is that it is extracted from various plant materials like corn starch or other non-edible fibrous materials. You do not have to cut down mountains or drill deep holes to extract this soon-to-be precious liquid.

In other words, it is a non-exhaustive renewable source which does not produce harmful carbon gases on combustion.

The process to produce ethanol is completed in a lab after which the pure ethanol is mixed with the gasoline to make the E10 fuel we can see in F1 cars today.

Ethanol and its effects on the engine 200

The introduction of ethanol in the mix is a good omen, right? After all, the world would benefit from manufacturers tuning their engines to support ethanol and then that technology would transfer to road cars. It sounds too good to be true, and it is!

You see, ethanol might be good for the environment but it is not suitable for a gasoline engine. So, the idea to introduce an increasing amount of ethanol in fuel looks good but it isn’t practical as of now. Perhaps, with the regulations in F1, we will get to see some improvements in the engine’s ability to adapt to such a change. But quick results won’t be possible and they might not be possible at all without sacrificing performance.

Currently, commercial fuel has 3 to 5% ethanol included in the mixture and that works. But experts believe that a 10% increase could do considerable damage to engine components. Let alone a 15% or 30% increase in composition. That’s because ethanol dries up the engine from the inside, causing damage to the injectors, fuel pipes, hoses, rubbers and other materials.

The last thing you would want is to do irreversible damage to your car. So, what is your way out?

Luckily, F1 teams and fuel suppliers have taken to the challenge and found ways to work around the issue. The Formula One racecars are a living example of how a 10% ethanol composition is efficiently possible and even sustainable.

You can take a look at the Ferrari and Shell partnership in the current F1 season. The Italian team feared a 20 HP loss due to the changes they made to their engine’s combustion chambers. The latter was necessary to mitigate the effects of the E10 fuel.

However, the team recently cut down the gap and found a way to regain the lost 20 HP, thanks to Shell. The renowned fuel supplier has found a way to make E10 fuel more powerful and efficient. In fact, Shell’s E10 fuel is expected to get even better in the coming few months. They could perfect the E10 fuel in a few years to make it commercially viable.

Unfortunately, Shell is tight-lipped on how they managed to extract 20 extra horsepower from their E10 fuel just by researching the chemicals and compounds. They do not want their rivals copying their research. But all the teams may come out with a different solution to the problem and find another unique way to tackle E10 fuels.

One thing is for sure, whatever hacks the fuel suppliers employ during this season and the next will come in handy in the future. We will know for sure once regular fuel would be forced to run a 10% ethanol composition.

Can race fuel be used in a road car?

We have already established that race fuel is quite similar to regular fuel. But if that is true, can you use race fuel in your daily driver?

The answer is no, you shouldn’t put race fuel in your car. First off, you won’t be able to find it too easily. But if you do get your hands on some, it would be dangerous for yourself and your car to run on specialized fuel.

Meanwhile, your road-going sedan needs unleaded fuel, meaning you can’t even put a small amount inside. Otherwise, you would mess up the entire engine and the costs of repair would shoot through the roof.

Ethanol is becoming an increasing factor in racecars and it will soon be a concerning factor for road cars. We will see innovations in technology, like the one we saw by Shell. But the fuel part of the equation won’t be enough unless engines are redesigned and changed alongside it.

The efforts by Shell, its rivals as well as engine manufacturers would change the world as we know it! Perhaps, we will make it in time to stop total EV domination. Maybe we won’t make it, but the revolutionary research in fuel technology would help reduce carbon emissions a bit further. The trucks, ships and other large vehicles would be able to do their work without producing carbon emissions.